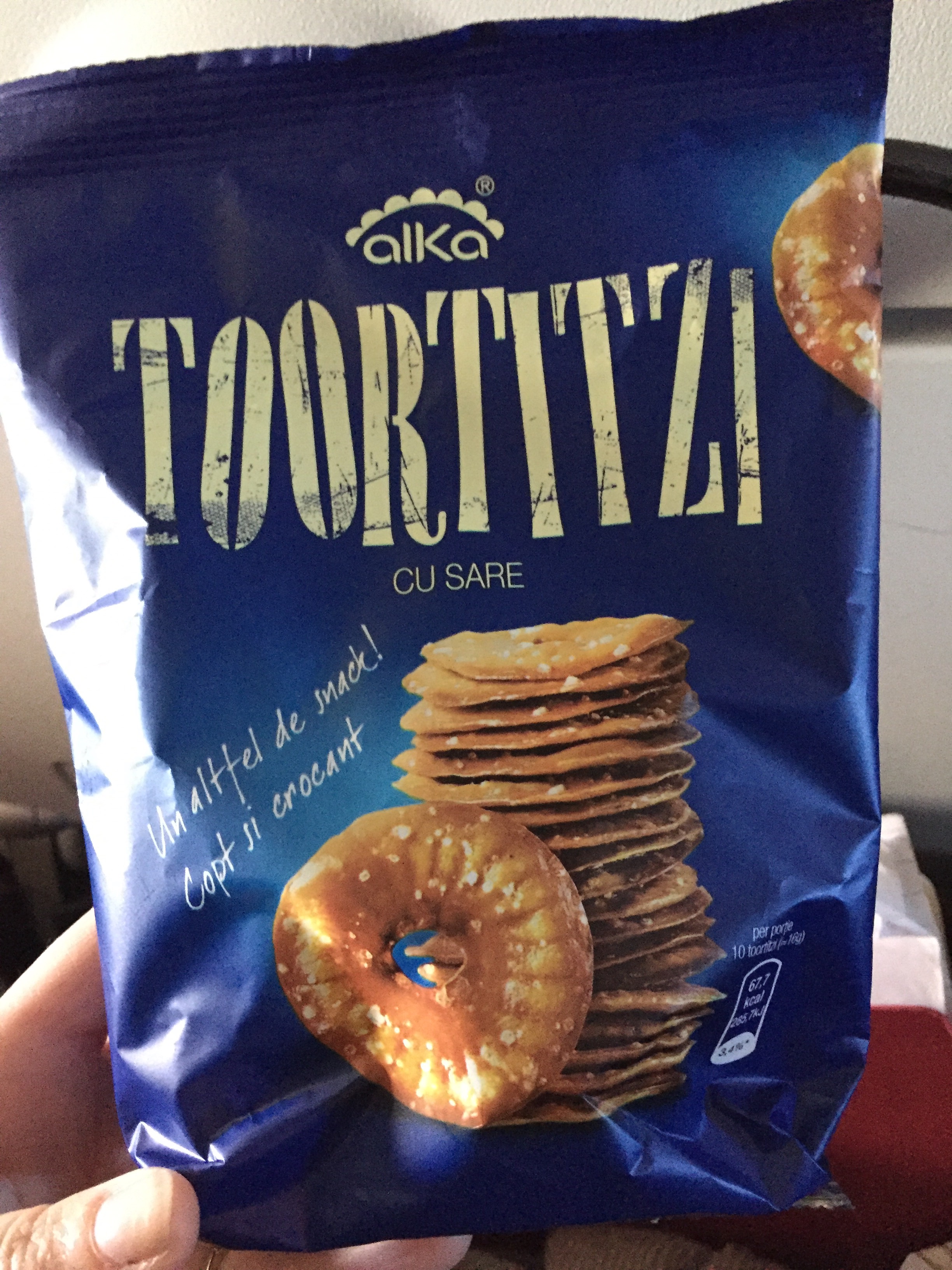 For your consideration- Another Romanian pretzel product. These are salt-flavoured pretzel chips. They are very similar to Pretzel chip products in the US, although I didn’t see any flavours like “buffalo wing” or “buttermilk ranch” in Romania (both of which are awesome BTW). There was another version in the vending machine that seemed to include garlic and/or onions, but I couldn’t really be sure. I can’t pretend to read Romanian from a distance.

Romanian is an interesting language, y’all. It’s strongly based on Latin, but sometimes it looks Turkish, likely due to the proximity to Turkey and um, the Ottoman Empire’s control of the area for hundreds of years. Count Vlad was pretty pissed about that, which is how the Dracula stories started. I probably learned that from the IMDB page for that Relatable Dracula movie that came out a few years ago.

Speaking of the Ottomans, I went to a restaurant for lunch that offered a dish named “Turkey Snitzel, Sultan’s Sinful Delight”. Turns out it was just snitzel not a euphemism. The menu also included several polenta-based dishes, which surprised me because I associate that with Italy. People often associate Romania with Eastern Europe but one must be reminded that it’s actually quite Southern.

Everyone I encountered spoke English, although they initially spoke to me in Romanian. I want to give myself a little pat on the back every time that happens in a foreign country because I think it means I’ve blended in. I still remember the first time a French person asked me for directions in Paris. I said “mais oui, le parking garage est a le gauche. D’accord?” Just like a native.

P.S. shortly after I wrote this, a woman standing in the aisle of the plane tapped my shoulder and looked at me and said a bunch of stuff in Romanian that may have ended in “rasa”. I responded by mumbling “ok”. Her intensity signalled that she was either apologising for something I didn’t notice or letting me in on a prophecy. I guess I’ll never know!